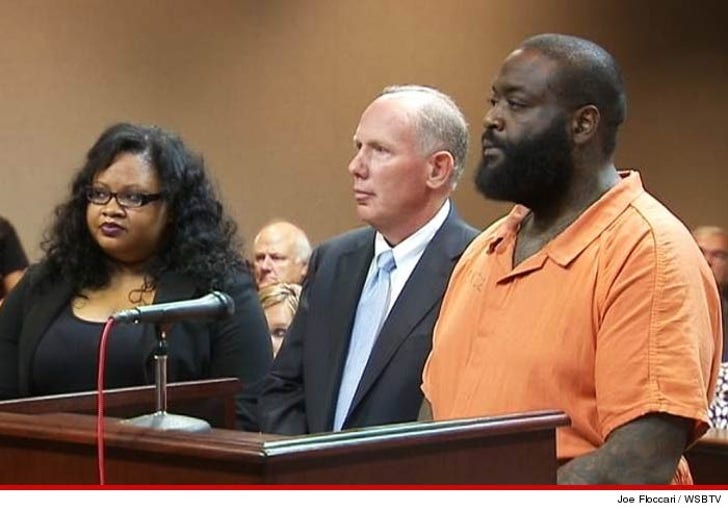 Rick Ross finally has his day in court ... after sitting in a Georgia jail for 7 days.

Ross -- who's visibly tired -- didn't have the option of bailing out ... the judge has treated this as a no-bail case because the rapper faces kidnapping and aggravated assault charges over an altercation he had with a groundskeeper at his estate.

It appears Ross' lawyer is there to argue his client should be released on bail.

The alleged victim claims Ross pistol-whipped him, injuring his jaw and neck and chipping two teeth, and that the injuries were so bad, he's been forced to eat through a straw.

The judge hasn't ruled yet.