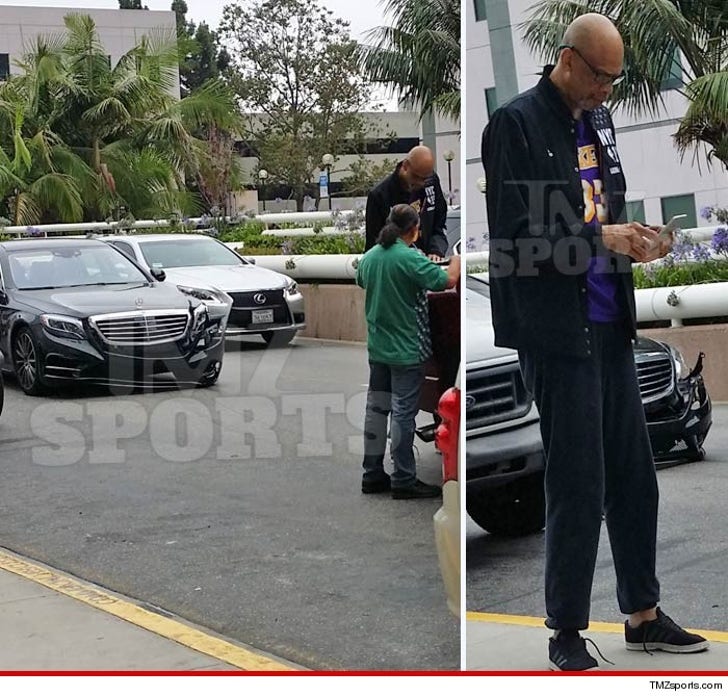 Kareem Abdul-Jabbar is having a rough year ... the NBA legend got into a car wreck at UCLA yesterday ... and TMZ Sports has the pics.

Kareem was arriving to UCLA Medical Center, where he underwent quadruple bypass surgery earlier this year, when he got into a collision with another vehicle.

Sources connected to the Hall of Famer tell us he's doing OK -- no major injuries -- and it appeared the other person in the wreck was also fine.

People recognized Kareem at the scene ... not just because he's huge, but also because he was wearing his old Lakers jersey at the time of the crash.

Cops showed up ... but we're told there were no major issues, just your usual fender bender.

10:04 AM PT -- Kareem's rep tells us, "Kareem is fine and was not injured, but his car was severely damaged. The accident was caused by the other person -- not Kareem." 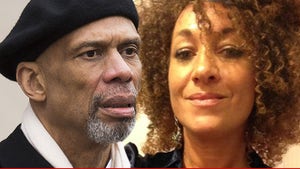 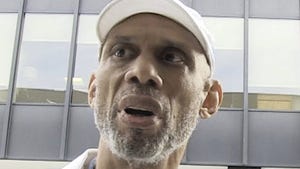 Kareem Abdul-Jabbar -- I'm Out of the Hospital ... After 911 Emergency 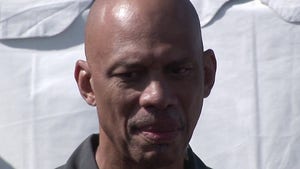