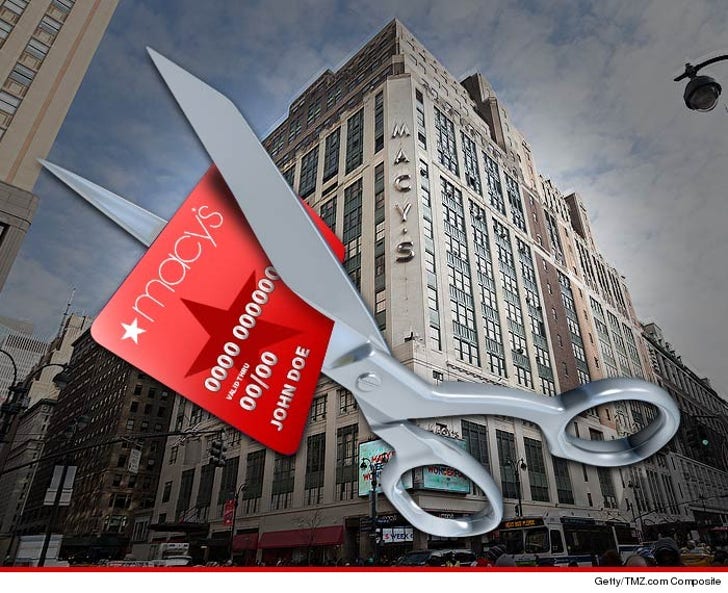 Macy's is paying the price for sacking Donald Trump, because we've learned thousands of customers are cutting up their Macy's credit card in protest.

Sources connected to the department store tell TMZ, Macy's has received complaints from approximately 30,000 customers since ending its relationship with Trump nearly 2 weeks ago.

We're told the store has been "inundated with complaints" from customers who believe the department store is unfairly punishing Trump for his views on immigration.

Our sources say thousands of customers have vowed never to shop at Macy's again and many of them say they're cutting up their Macy's credit card to make a statement.

We're told the complaints have come in various ways, including phone, Facebook and email. A Macy's spokesperson would only say, "Our Facebook page is often times used by our customers to express their feelings or points of view. Many times it does not correlate to any action."