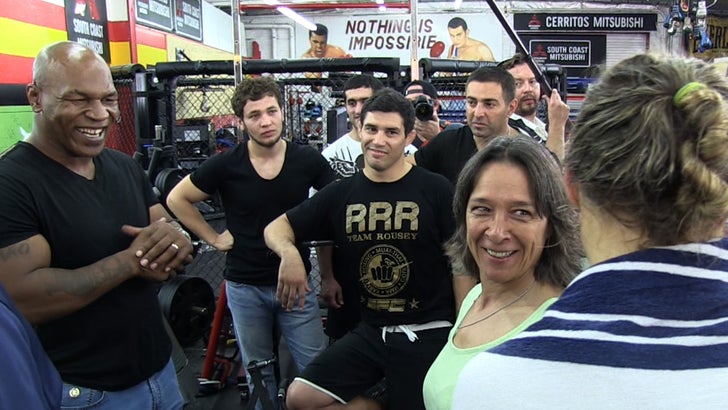 Hilarious moment at Ronda Rousey's boxing gym this week -- when she introduced Mike Tyson to her mother ... who hilariously told Ronda, "You can get some boxing tips from him!"

Mike was Ronda's special guest at the Glendale Fighting Club -- where she was puttin' in work for her fight against Bethe Correia at UFC 190 ... and Iron Mike told us he was super impressed.

We also spoke with Ronda about life after the UFC -- and she told us she's dead serious about a post-MMA career in Hollywood because, "I don't wanna be one of those people who stuck around too long 'cause they had to and they had nothing else to go to."

Check out the clip -- Ronda essentially says she wants to be the female Jackie Chan -- the first major actress to do all of her own stunts ... car stunts, jumping and fighting! 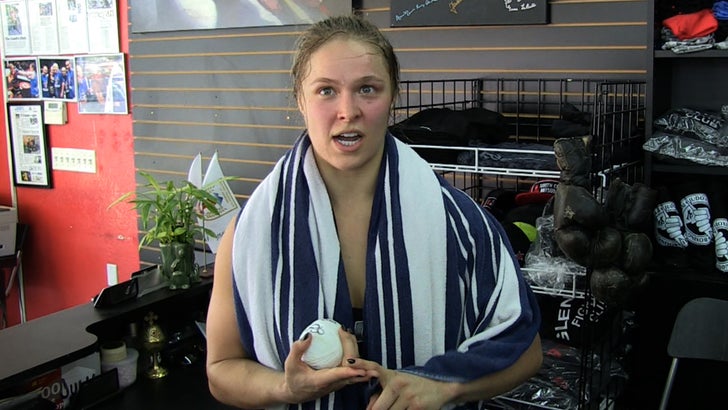 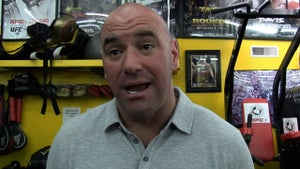 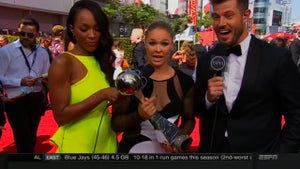 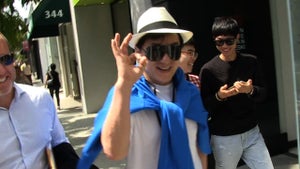