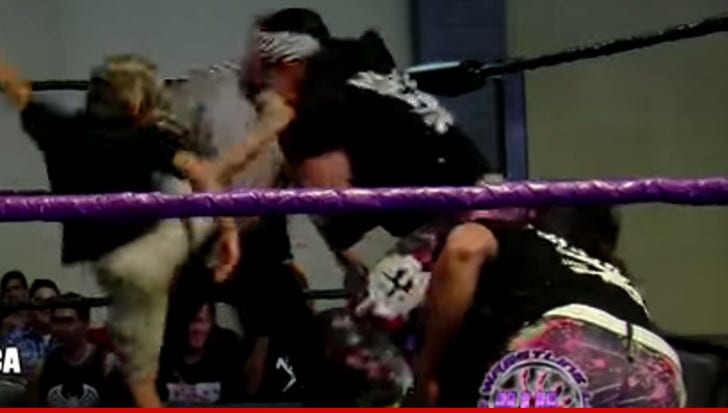 Indie wrestling superstars, The Young Bucks made an 8-year-old fan's dream come true ... by kicking him square in the face during an all-out brawl with the kid's dad.

Nick Jackson -- one half of TYB -- tells TMZ ... young Luke is one of their biggest fans, so they were gung ho on Saturday night ... to use his "birthday intro" to ignite their match.

Nick tells us they practiced the whole skit with Luke and his father beforehand, taking extra time to specifically get their famous Superkick move down perfectly so no one got hurt.

We're told this wasn't Luke's first lesson though -- he's been jumping in the ring and practicing with other IWL wrestlers and wants to become a pro wrestler. 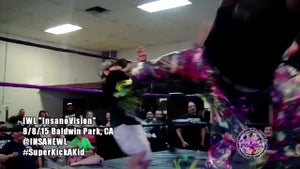 Kid Gets Double Superkick To Face 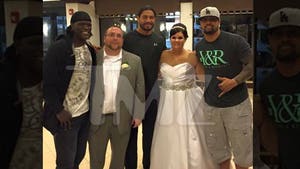 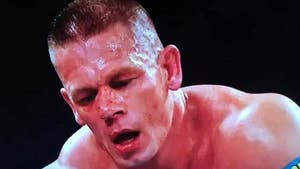