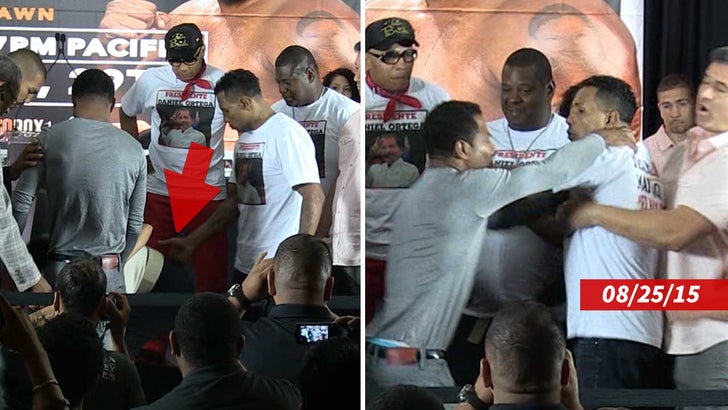 This video is HILARIOUS -- ya gotta watch as boxer Ricardo Mayorga straight up SLAPS Shane Mosley's girlfriend on the ass ... and violent pandemonium ensues.

It all went down at the pre-fight media event in L.A. -- when Mosley's GF bent over in front of Mayorga ... and he delivered the low blow ... while cameras were rolling.

Cheap publicity stunt? Of course ... but it worked. The clip is great.