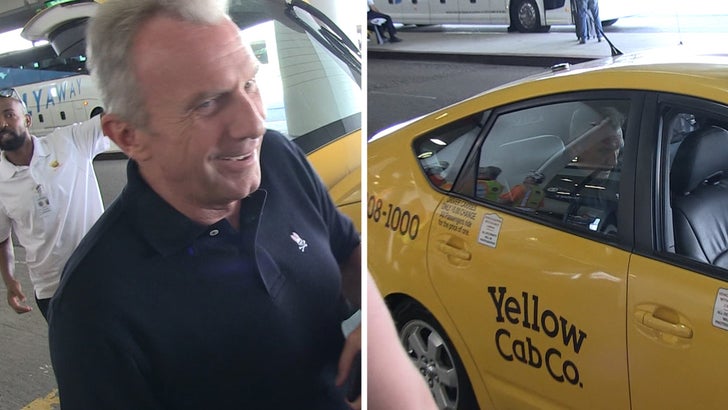 Here's NFL legend Joe Montana leaving LAX Wednesday in a taxi (not a chauffeur-driven black car) ... which is fine ... but it reminds us how LITTLE he got paid compared to the guys who came after him.

It's peanuts compared to today's top QBs -- with Aaron Rodgers inking a 5-year deal worth $110 mil, Russell Wilson has a 4-year $87 million contract ... even Eli Manning's making $84 mil over 4 years.

Even with inflation, Montana's annual $3.25 mil salary from his '90 deal only amounts to about $6 mil per season today.

Don't get it twisted, Montana's definitely not poor ... but when was the last time you saw Aaron Rodgers hail a cab?