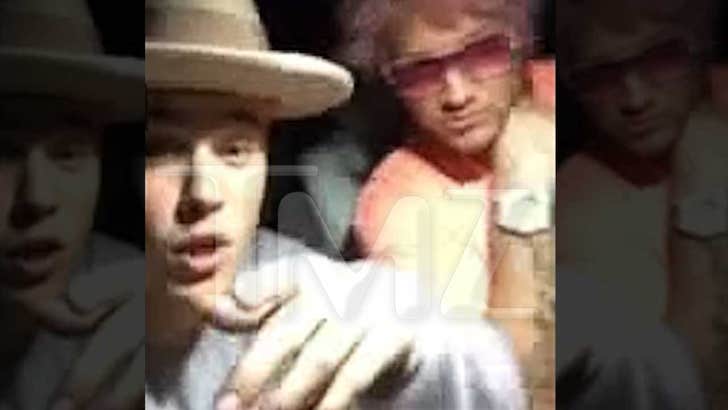 Justin Bieber's famous pals are coming to his defense, saying the pop singer hasn't hopped off the sobriety train despite recent footage showing him smoking and boozing.

Riff Raff tells us he and Diplo were hanging with Justin just last week in Hollywood. Riff and Dip were working on music for Raff's upcoming LP, "Pink Panther." Riff Raff freely admits, he and Diplo were "f**** up," but Justin didn't touch anything -- weed, alcohol, nothing.

Riff Raff says after the session they hit the town to party and Justin was stone cold sober the whole time. The video shows Justin and Riff Raff in the car on the way to the clubs, and Biebs looks clear-headed.

As for Justin's boozing and smoking onstage in New Zealand just a few days later, Riff Raff says he may have fallen off the wagon that night, but he believes it's a one off. 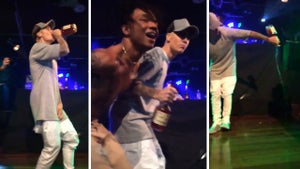 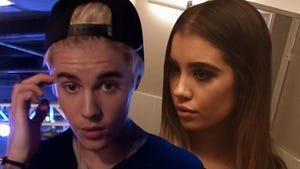