Someone call Vince McMahon ... because Stephen A. Smith just went on a WWE-style smacktalk rant directed at Kevin Durant ... in which he essentially threatens to dig up dirt that will DESTROY the NBA star!!

It's pretty crazy ... Smith went on ESPN's "First Take" to respond to comments made by Durant -- in which KD called BS on one of Smith's NBA reports about him. Durant called Smith a liar and claimed neither he nor anyone in his inner circle has ever talked to Smith.

Smith clearly didn't take too kindly to the statement ... and UNLOADED this morning:

"I sit here today incredibly offended by the personal attack that this man has put against me," Smith said.

"What I would like to ask Kevin Durant and some of the brothers who talk behind my back in the NBA who probably put him up to something stupid like this ... Do you really want me to come out of this seat and go back on the scene? Do you really wanna see me in an NBA arena?"

"I am a black man on national television with a big mouth and I will still stand up today here and I'll put my resume spanning 22 years plus up against anyone in this industry."

Seems the gauntlet has essentially been laid down. 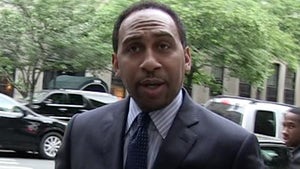 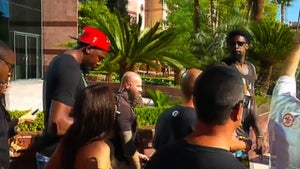 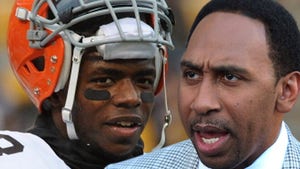 Stephen A. Smith -- Fires Back at Josh Gordon ... 'Your Letter's Pathetic'