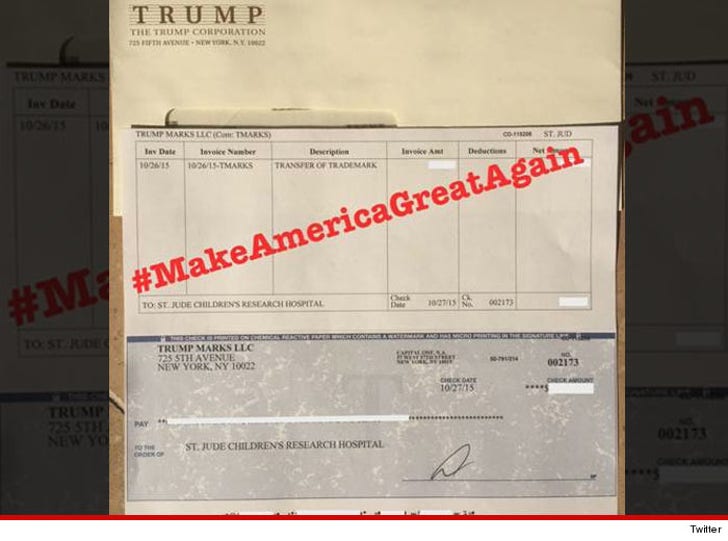 Donald Trump just opened his checkbook to settle the trademark war over his campaign slogan -- but the real winner here is St. Jude Children's Hospital.

As TMZ first reported ... radio host Bobby Estell swooped in and filed a trademark application for "Make America Great Again" before Trump's team could do it -- giving Bobby the exclusive right to sell gear with Trump's slogan.

Well, Bobby just posted a pic of a check from Trump Marks LLC, made out to St. Jude's ... meaning Trump answered his demands.

As we told you, Bobby said he'd transfer rights to Donald if he got a face-to-face meeting, and a $100,000 donation. Bobby whited out the amount of the check, and it's unclear if he got the sit down ... but he did thank Donald and say, "have your slogan back." 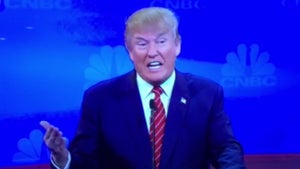 Donald Trump -- Master Negotiator ... I Trimmed The Debate By Over an Hour!! 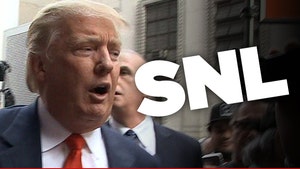