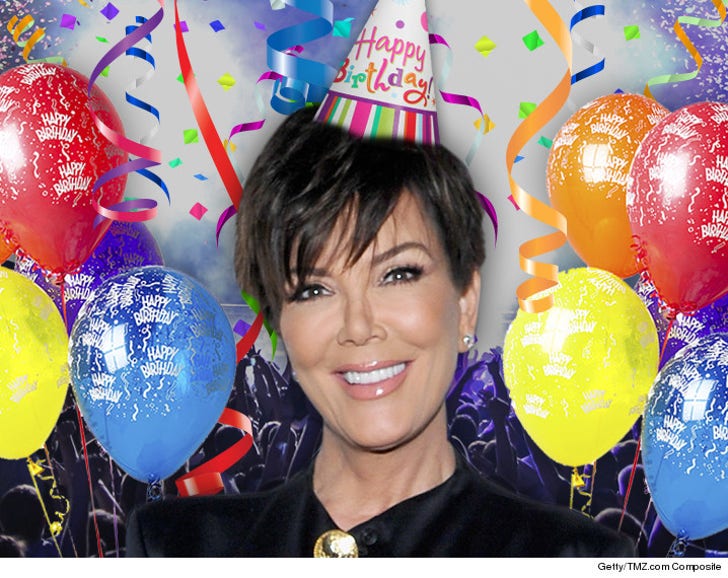 When the Kardashians throw a birthday party they go big, but they're about to outdo themselves with Kris Jenner's 60th ... it's gonna set the klan back $2 MILLION, TMZ has learned.

All six kids chipped in for her party Friday night ... even Rob, whose name appears on the invite. They rented a giant soundstage in West Hollywood, which will be filled with 300 people. 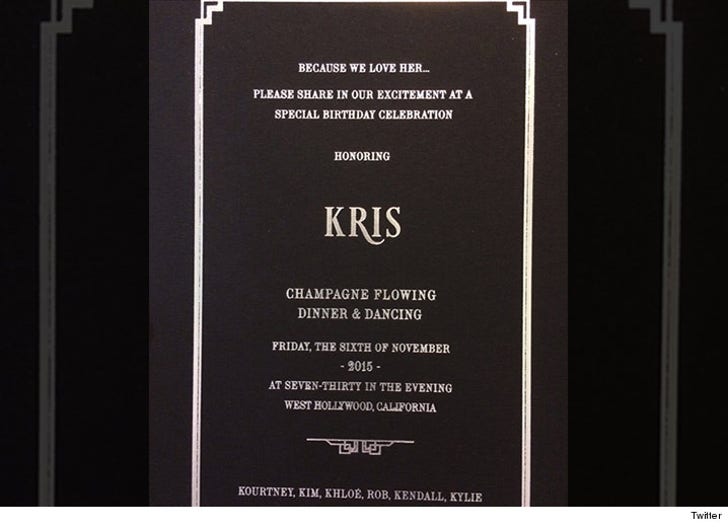 The theme is Great Gatsby, which is perfect ... the book's themes toy with old money vs. new money and the perception of class in society, so expect a lot of champagne and fireworks.

We're told there will be huge stars performing ... though no one's talking.

Just kidding about the fireworks ... maybe. 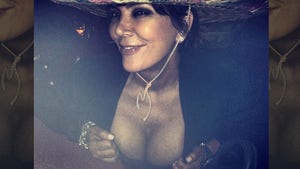 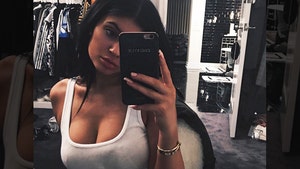 Kylie Jenner -- I Won't Surrender the Spotlight ... Even On Mom's Birthday (PHOTO)