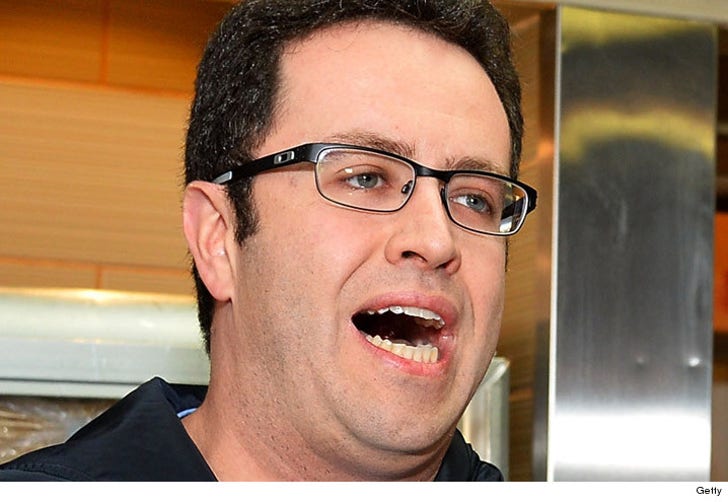 Jared Fogle will be in prison for well over a decade if prosecutors have their way, because they're asking the judge to sentence him to the max.

The U.S. Attorney's Office in Indiana has filed legal docs, asking the judge to give Fogle 12 1/2 years in federal prison. Under the plea bargain agreement, the range was between 5 - 12 1/2 years, subject to the judge signing off.

The documents say Taylor provided drugs and alcohol to induce the minors into engaging in sex acts, and Fogle didn't report it because he wanted to see the pornography Taylor produced.

And 2 files were found in Fogle's phone with the actual first name of the minor victim.

The legal docs say Fogle would pay minors to engage in sex acts in hotel rooms, and did it twice in New York.

And according to the docs, Fogle had contact with a 16-year-old prostitute he met on Craigslist.

The docs say although Fogle has paid prostitutes hundreds of times, they've only found 2 minors in the bunch, but are still looking.