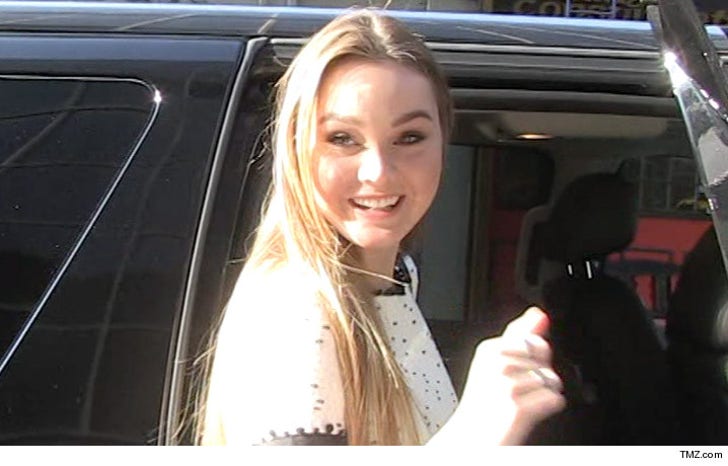 Liana Liberato is not a household name in Hollywood yet but the 17-year-old actress is already getting the Jennifer Lawrence treatment ... pocketing a cut of her upcoming film's box office profits.

Liana's landed a starring role in the coming-of-age flick "Dear Eleanor," about two Eleanor Roosevelt fangirls set in 1962. It's being directed by Kevin Connolly, aka "E" from "Entourage," and also stars Jessica Alba and Isabelle Fuhrman.

Liana's getting $65k off the bat for the role ... pretty low by Hollywood standards, probably because it's an indie and she's a newbie.

But there's a silver lining ... if the film makes back its money, Liana will get 2% of gross profits. And she'll get a $35k bonus if the film hits $10 million and another $35k for each $5 mill after that.

Considering the film's geared for the teen audience and there's already a Sundance buzz ... Liana could very well be rollin' in it.