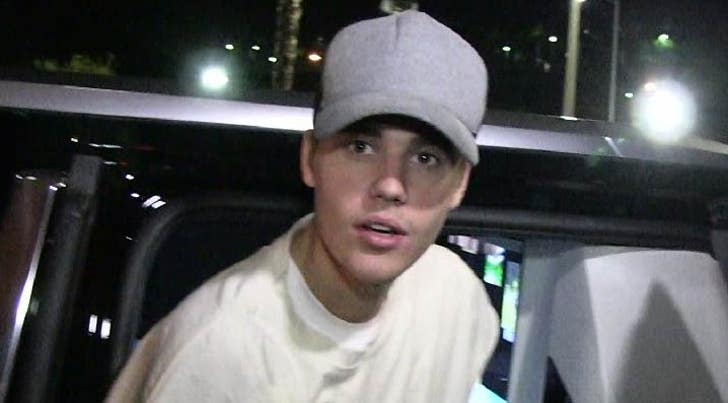 Justin Bieber is among the many mourning the loss of a friend or loved one in the aftermath of last Friday's Paris terror attacks.

Justin shared a heartfelt message for pal Thomas Ayad on Twitter. Ayad had worked for Mercury Records as a product manager, and was killed during the mass shooting at the Eagles of Death Metal concert.

In his message, Justin said he and Thomas had worked together for years and he thanked his pal for everything he did for him.

Justin left his fans with a deep thought: "Make sure to appreciate people while you have them," before sending his condolences to Ayad's family and friends.

Ayad was among at least 89 people killed at the concert. 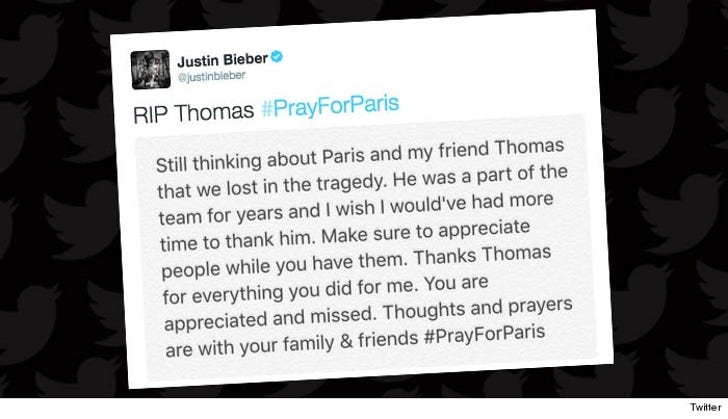 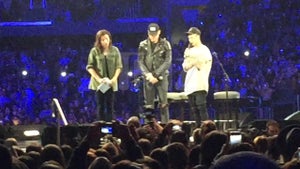