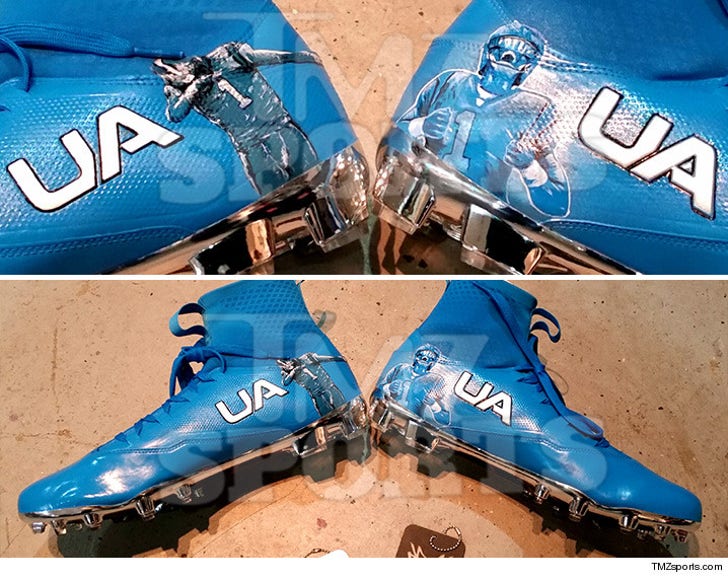 Cam Newton ﻿could deliver an epic SCREW YOU to all his anti-dabbing critics -- 'cause he's got a pair of custom cleats coming his way for his Thanksgiving day game ... featuring Cam doing his dance.

Here's what we know ... the cleats were commissioned by Under Armour -- which sponsors Cam -- and designed by two artists, Dez Customs and Kreative Customs.

We're told the artists were informed Cam wanted a special pair of custom kicks when he takes the field against the Cowboys.

The result? Imagery of Cam doing his signature moves ... dabbing and striking his Superman pose. The shoes also include the words "grateful" and "thankful." 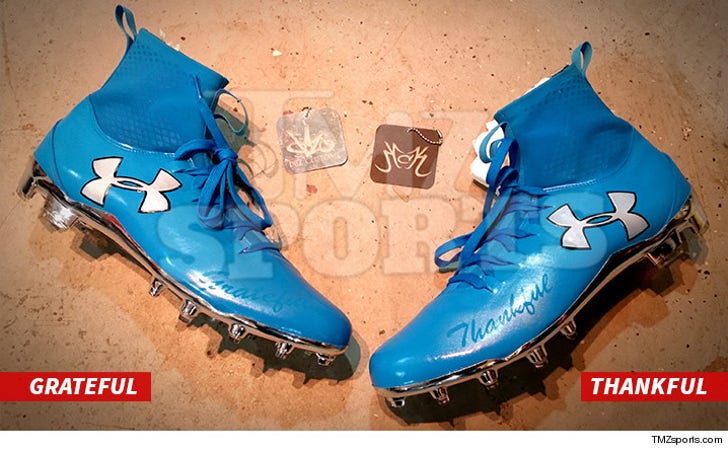 We're told he's expected to wear 'em for the game ... but there's always a chance he could change his plans.

Cam's dancing has been a lightning rod for critics lately -- so it'll be one hell of a statement if he straps on the shoes on one of the biggest stages in sports ... the Turkey Day classic.

For the record, we're fans. 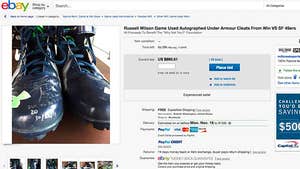 Russell Wilson -- My Cleats Can Thump Cancer ... Just Like They Thumped Kaepernick 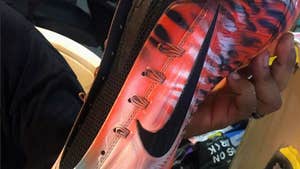