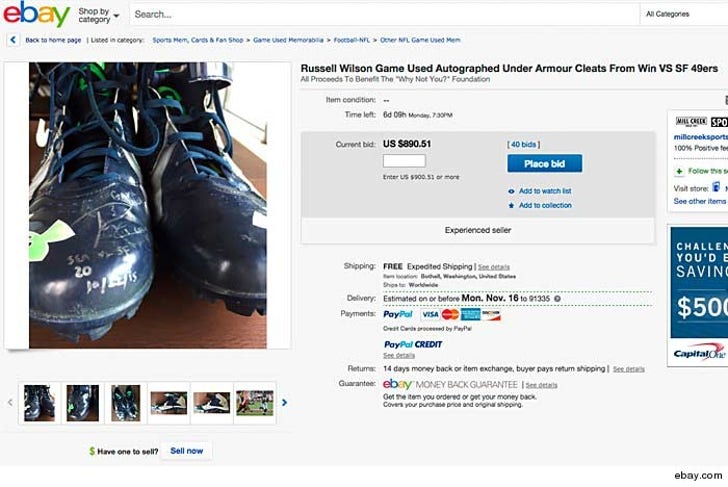 Russell Wilson continues to prove he's the greatest guy in the world ... auctioning off his game worn cleats from the Seahawks' victory over the 49ers last month to aid in the fight against children's cancer.

Wilson announced the donation on Twitter moments ago ... with a message that read, "Had a tough time letting go of these...auctioning my game worn cleats from our win over SF to fight childhood cancer."

The Seahawks beat the 49ers 20-3 on October 22nd ... Russell made sure to scribble in the date and score on the shoes.

The cleats are already ON FIRE on eBay ... fetching a price of nearly $900 with seven days of bidding still left to go, which tells you they're going to net a big sum when all is said and done.

And you thought Colin Kaepernick wouldn't be vaguely involved in anything successful this year ... 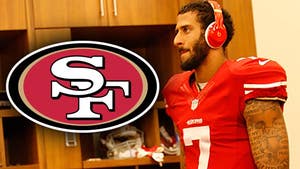 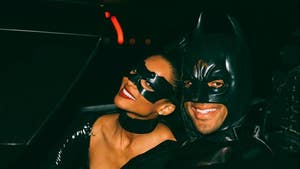