The USC football team was FIRED UP when they were officially told Clay Helton will be the permanent head coach ... swarming the guy during an epic team celebration.

USC athletic director Pat Haden broke the news to the players during a team meeting -- and everyone went crazy ... swarming Helton and chanting his name.

Helton was reportedly signed to a 3 year deal after USC stomped all over UCLA this weekend ... the 5th win he's racked up since taking over for Steve Sarkisian.

There was talk that Helton had won over the players in the past couple of weeks ... and this video definitely proves it. 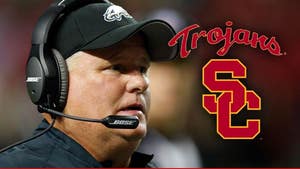 Chip Kelly -- I Haven't Been Contacted About USC Job 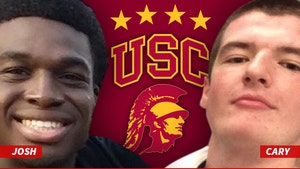