One of The Game's rivals is gonna need some stitches after getting KO'd outside a Miami Beach nightclub ... by Game's manager, according to witnesses.

The rapper's name happens to be Stitches (appropriate) ... and he's had beef with Game for a few months now. Things boiled over in front of Story Nightclub Thursday night when Stitches couldn't get in ... he claims Game told security to block him.

Stitches waited outside -- which he documented on social media -- and when Game came out, it was on.

The video tells and shows the whole story. After Game's manager, Wack 100, popped Stitches ... it appears with one punch -- cops showed up and tased Wack. Both Stitches and Wack got arrested. 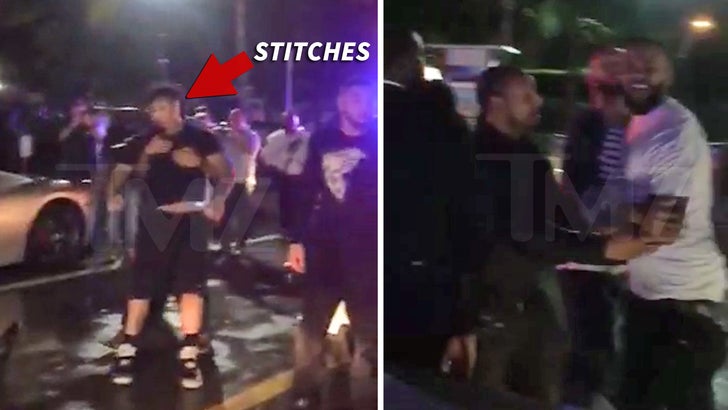