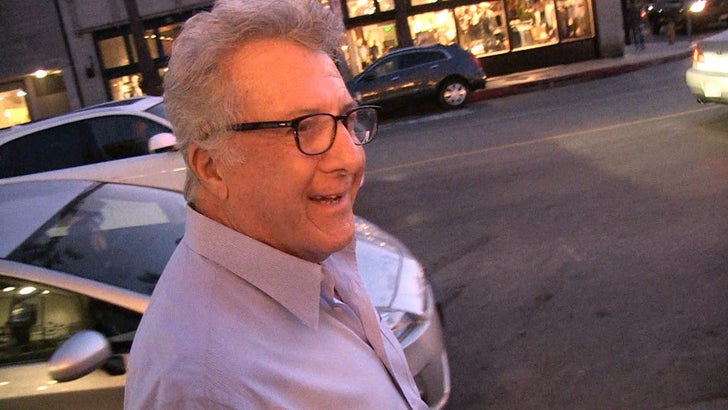 Dustin Hoffman has a message for Kobe Bryant -- don't become some dumb Focker when your NBA career is over.

Hoffman -- a huge Lakers fan -- was out in L.A. Tuesday when we asked if he thought Kobe should give acting a shot after he hangs up his sneakers at the end of the season.

Of course, a TON of ex-athletes tried the Hollywood route after their playing days were done ... including Dennis Rodman and Shaq ... and we all know how that turned out.

Hoffman says he doesn't want Kobe to make the same mistakes -- and instead, thinks there's a better line of post-NBA work for him.