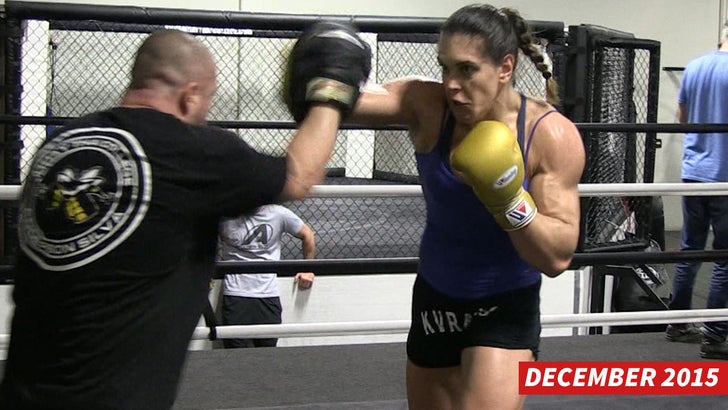 UFC superstar Anderson Silva says he's got the FUTURE of female MMA in his gym -- Gabi Garcia -- a bone-crushing BRUISER who would DESTROY any woman crazy enough to fight her.

Silva and Garcia were working out together at Anderson's gym in Torrance, CA -- where the 6'2", 205 pound lady beat the living hell out of some boxing mitts while our cameras rolled.

Silva told us 30-year-old Gabi is a Brazilian jiu-jitsu master who hits like a ton of bricks -- and admits, she's even roughed HIM up a bit during training sessions.

By the way, Gabi says she used to be EVEN BIGGER -- but lost a ton of weight (more than 300 pounds) when she first began training several years ago.

Now, Gabi says she wants a piece of the UFC's best fighters -- Holly, Ronda, whoever -- and she's confident she would run through them like a warm knife through butter. 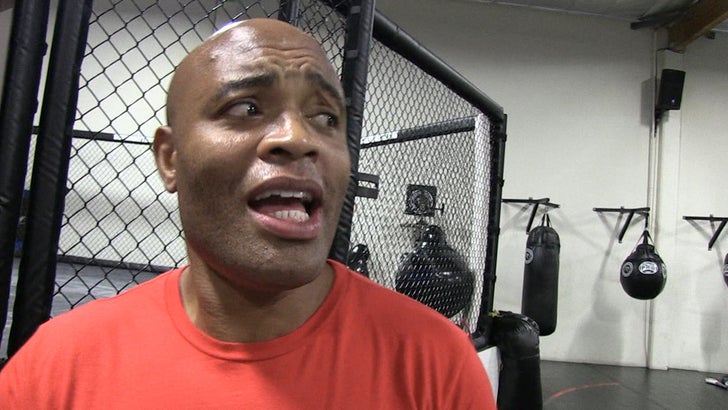 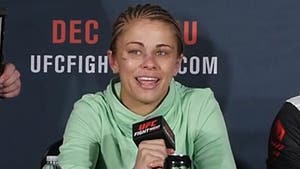