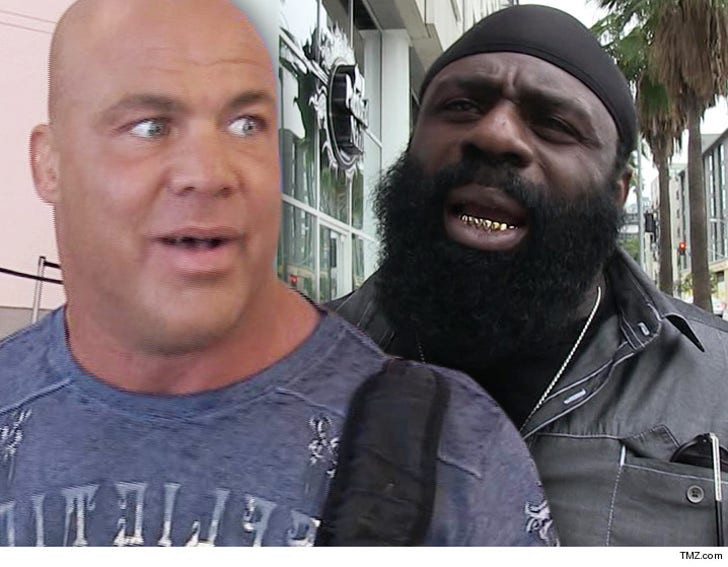 Kurt Angle could lay a real life smackdown on a real life fighter ... 'cause the wrestling legend says he's considering doing a real MMA fight -- and named Kimbo Slice as a possible opponent.

Angle -- who's been doing commentary for Bellator -- recently appeared on "The Roman Show" and was asked if he'd ever step out from behind the media desk ... and into the ring.

Angle says there's a VERY SMALL chance he agrees to a fight -- since he's 47 years old now -- but if it does happen, he's already thought about who he wants to fight.

"Of course, I'm not going to fight a guy in their prime," Angle said ... "It's obviously gonna be one of the older guys. But if it does come to fruition, it'll be a helluva fight, whether its Kimbo Slice, Ken Shamrock, Dan Severn ... or even Royce Gracie."