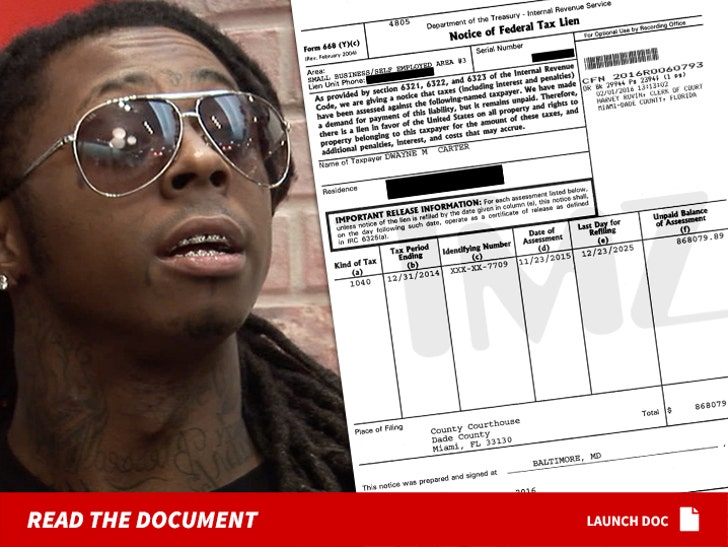 Lil Wayne's got more lien problems ... this time it involves his 2014 tax bill.

Uncle Sam says he did not pay $868,000 in federal taxes that year, according to docs.

It's a ton of dough, to most of us, but as tax liens go ... Weezy's seen bigger. He was previously hit with a $12 million lien for several years of unpaid taxes.

Wayne was in arrears as of mid-January. It's possible he's already paid it off. We reached out to his camp, but no word back yet. 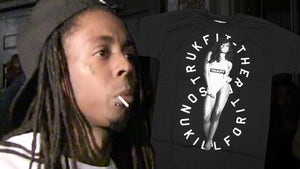 Lil Wayne Sued -- Where Are My Panties? T-Shirt Model is Pissed 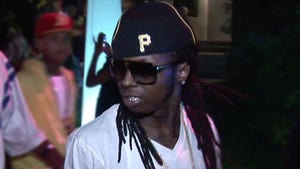 Lil Wayne -- Suuure the Check's in the Mail