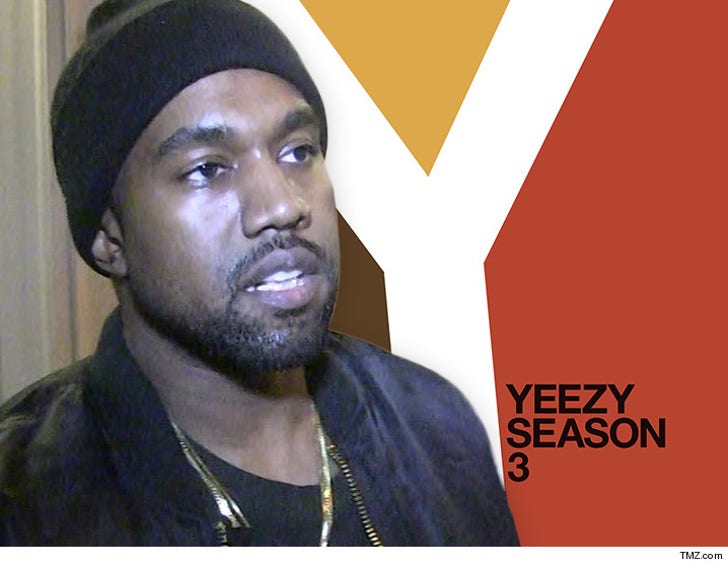 Kanye West's hired hands at his Yeezy Season 3 debut were all fed, paid and dressed for the gig -- and his camp is firing back at the extra who claims otherwise.

The accuser, who goes by "kurents" on IG, went on a rant ... claiming he didn't get a dime for his work as an extra, and that Yeezy dressed everybody in hand-me-downs.

However, a rep for Kanye tells us extras got a daily rate and received a meal ticket for lunch. While the hours were long for the gig, we're told the majority of the crew was thrilled to be in the show.

A source close to the production tells TMZ all models were dressed in Yeezy Season 3 gear, but because of the large number of participants ... some extras were in vintage clothing that had been dyed for the production. We're told they were paid $10/hr.

Our source says everyone involved in the show had to sign a very strict NDA, so it's a little fishy the "kurents" guy is so chatty.