A musician showed up at Taylor Swift's front gate in hopes of pitching her some song ideas, and refused to leave her front gate ... until cops were called.

Security spotted the guy loitering outside Taylor’s Beverly Hills home Saturday afternoon. When they approached, we're told he claimed he knew Taylor and they'd worked together in the past.

Taylor's security team didn't buy it and asked him to leave. When he dug in his heels ... they called in cops who also told him to leave. He took cops more seriously, and bolted.

Less than 2 weeks ago cops cuffed and carted away a different man at one of Taylor's other homes. 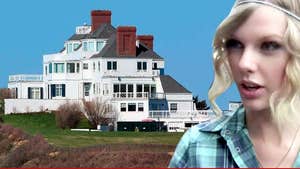