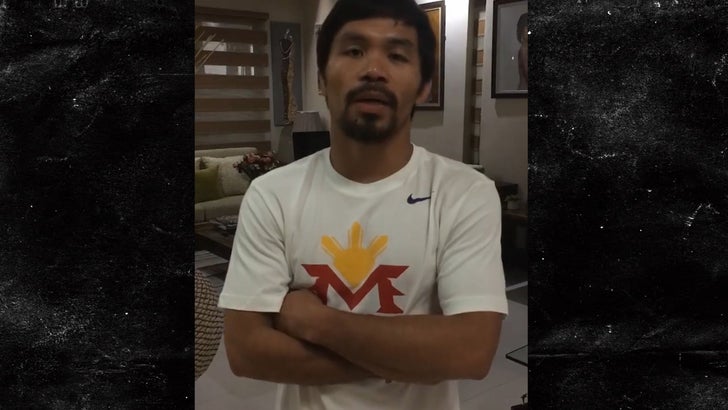 Manny Pacquiao says he believes people in gay relationships are "worse than animals."

The boxing superstar -- who says he may run for President of the Philippines after he retires -- was asked about his stance on gay marriage during an interview with local TV news.

Pacman strongly condemned gay marriage -- saying, "It's common sense. Will you see any animals where male is to male and female is to female?"

Manny went on say ... "The animals are better. They know how to distinguish male from female. If we approve [of] male on male, female on female, then man is worse than animals."

The backlash to Manny's comments was swift -- and he quickly posted a video apologizing for his comments ... though not backing down on his anti-gay marriage stance.

"I'm sorry for hurting people by comparing homosexuals to animals ... please forgive me for those I've hurt." 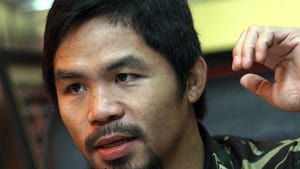