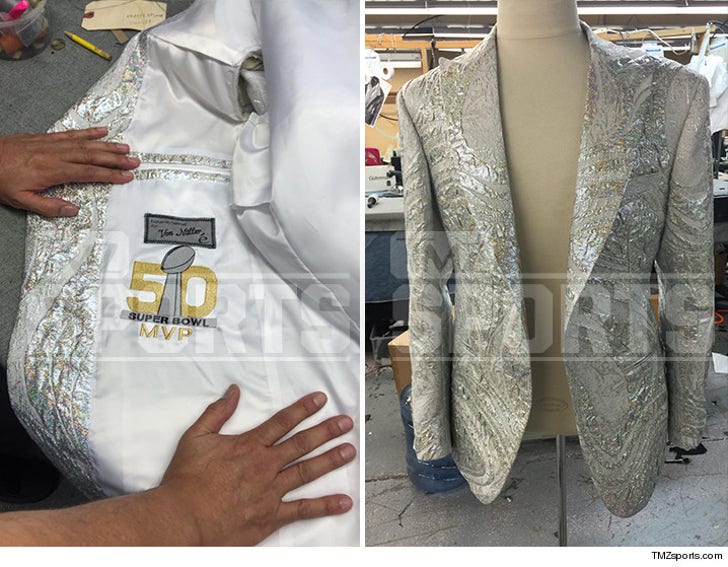 Von Miller's crazy spotlight stealing Grammy jacket was a rush job -- put together with just 2 days notice -- with the designer flying in special material from across the country!

We spoke with Von's personal stylist Chandra Ferrer of Elevee Clothing who tells us ... Von made a last-minute decision to attend the show -- and gave her a heads up on Thursday.

Ferrer says she wanted Miller to make a statement on the red carpet -- and needed to go big -- so she mocked up the idea for the jacket and ran it by Von ... who LOVED it!

Ferrer says she custom ordered a special French fabric called "French Metallic Opalescent Cloque" from NYC and had it rushed over Thursday night.

We're told there are NO sequins or bedazzling -- the shimmer is from the special fabric.

Ferrer says she added a special Super Bowl MVP patch inside as a special touch.

In the end, the jacket was a hit -- and cost more than $1,300 to make -- but you can't put a price on swag (especially when you're expected to sign a HUGE contract in the very near future)! 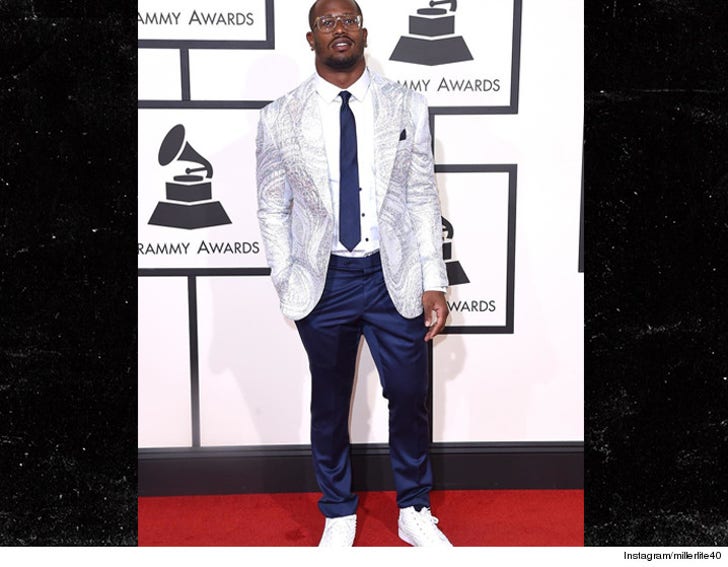 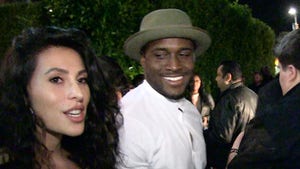