Justin Timberlake and will.i.am are getting sued for allegedly swiping an old funk and disco track for their 2006 collaboration "Damn Girl."

PK Music Performance says it owns the rights to Perry Kibble's "A New Day Is Here At Last" and alleges JT's "Damn Girl" copied a huge chunk of the song ... including the drum beats, guitar riffs, organ and saxophone.

Kibble wrote the song in 1969 and it was recorded by J.C. Davis. PK Music took over the rights after Kibble died in 1999.

PK Music wants its cut of JT and Will's profits, and all copies of "Damn Girl" delivered to them for destruction -- which might be tough to pull off since most music is downloaded these days. 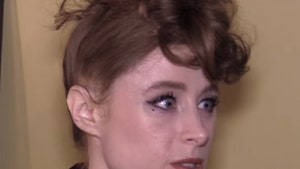