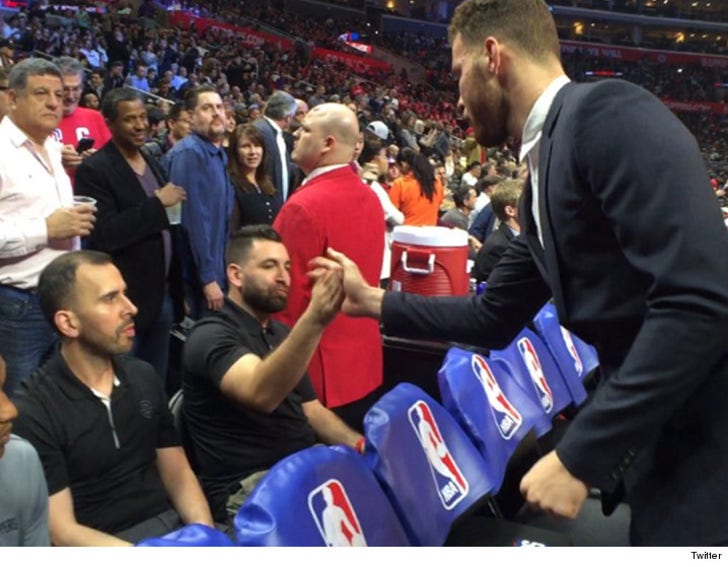 That's Blake Griffin shaking hands with Matias Testi -- the guy he punched in the face last month -- at the Clippers game Thursday night ... in an effort to show everyone the guys are cool again.

Remember, Blake broke his hand while punching Matias in the face in Toronto on January 23rd ... and Matias was reportedly treated for injuries to his grill.

Earlier this week, Blake said he and Matias are "like brothers" and are trying to move on -- and Thursday night, in front of a packed house at Staples Center ... they slapped hands to show it's all water under the bridge.