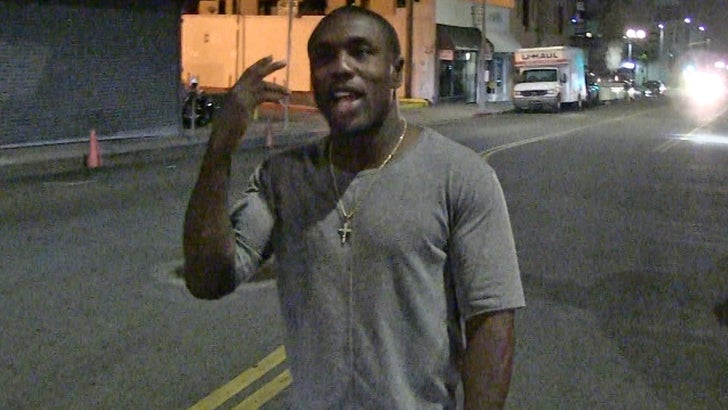 Nate Diaz doesn't even need to show up to UFC 196 ... 'cause according to former WBC boxing champ Andre Berto fate is already sealed ... Conor McGregor's gonna kick that ass.

Berto was leaving Playhouse when we got his thoughts on the fight ... who better to ask than a guy who makes a living punishing faces himself, right?

Not only that ... but Andre comes from an MMA family with his father, brother, and SISTER all having competed in the Octagon.

Check out the clip -- Berto is Team McGregor all the way, telling our guy he thinks Nate's tough ... but not tough enough to take out the pride of Ireland.

As far as a matchup between Conor and Jesus ... Berto wouldn't give us a straight answer. Although we already know what McGregor thinks. 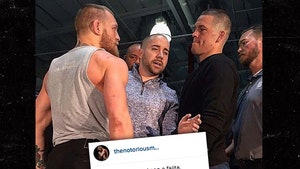 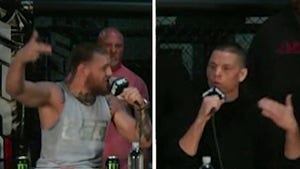