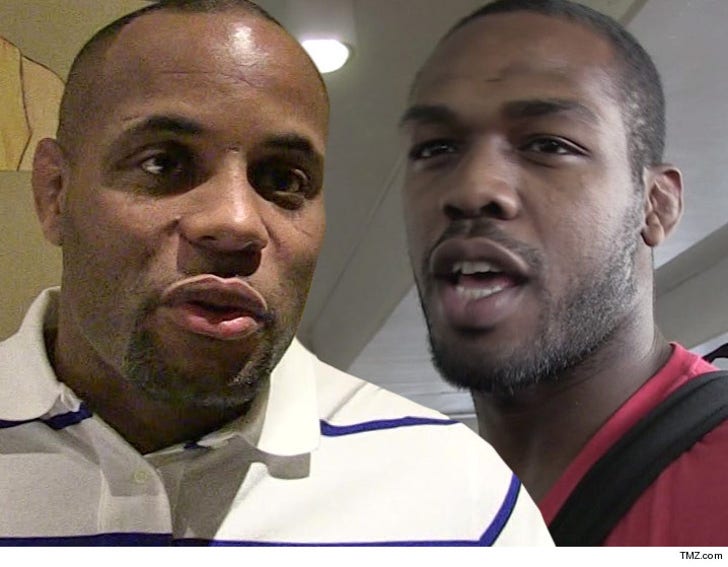 Jon Jones and Daniel Cormier ﻿WILL NOT meet in the octagon later this month at UFC 197 ... 'cause the fight's off after DC injured his leg ... forcing him to withdraw from the event.

The Jones-Cormier grudge match -- scheduled to go down April 23rd in Vegas -- momentarily seemed in jeopardy earlier in the week after Jones spent 2 nights in jail for a probation violation.

However, UFC honcho Dana White gave JJ the green light, and the fight was still on ... that is, 'til Cormier hurt his leg ... putting the highly anticipated rematch on ice.

The severity -- and how the injury was sustained -- is unclear.

No word yet from the UFC on whether Jones will remain on the card ... or if the JJ-DC fight will be rescheduled.