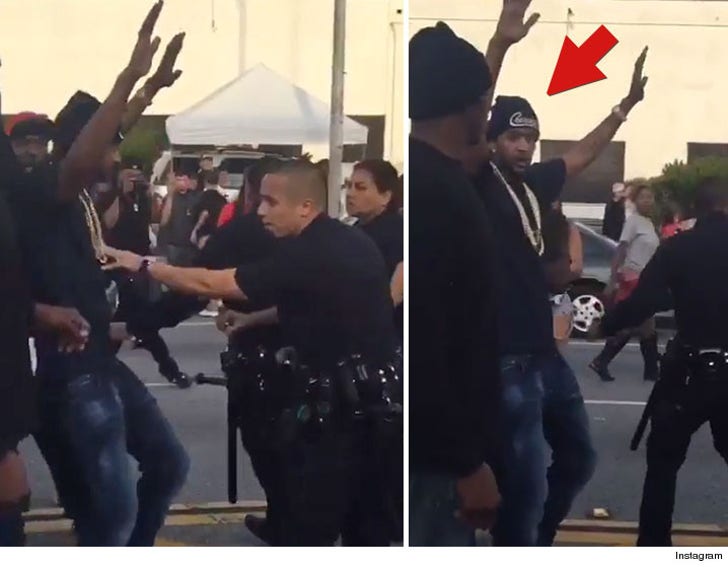 YG and Nipsey Hussle had to assume the position during their music video shoot in L.A. ... as cops swarmed to disperse the crowd shouting, "F**k Donald Trump!"

The music video was for their song, "F**k Donald Trump" -- so that explains the chants -- but LAPD clearly thought things were getting out of control. Witnesses tell us about 100 people fell in behind the rappers while they shot the video Sunday in South L.A.

Cops responded in riot gear ... and quickly shut down the shoot. Law enforcement sources tell us the officers were responding to a call for cars cruising the streets and the crowd that had gathered to watch. We're told LAPD had no idea it was a music video shoot.

There was at least one car out of control on set. Check out this Corvette doing donuts and taking OUT a bystander! Amazingly, the guy walked away seemingly without injury.

Sources on set tell us Nipsey and YG got plenty of footage before cops moved in, so ... the music video's not in jeopardy. 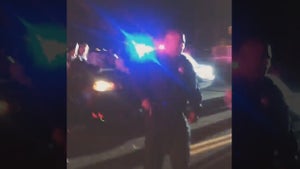 The Weeknd -- Viral Music Video Shoot NOT Busted by LAPD 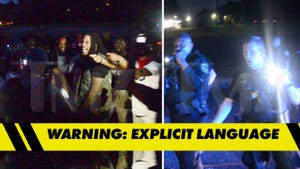