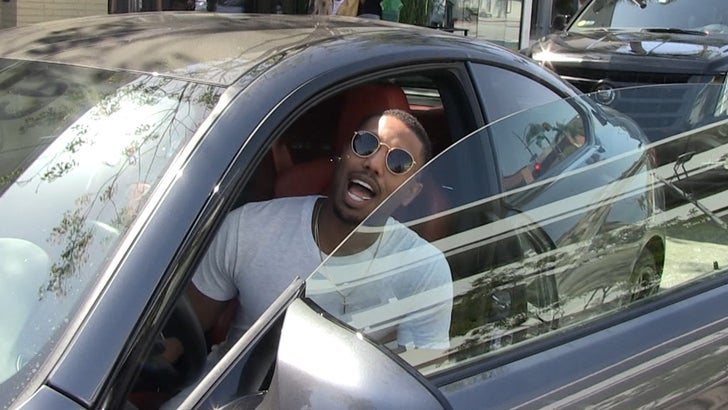 Kobe Bryant's new production company has already landed its first big star ... 'cause Michael B. Jordan says he'd LOVE to collaborate with the Mamba for some off-the-court movie magic.

MBJ was out in L.A. when we asked him about that HILARIOUS Apple TV commercial he and Kobe are in together where he plays a younger version of #24.

The spot went so well we had to see how Michael felt about working with Kobe in the future ... now that Kobe says his next life goal is to take over Hollywood.

Check out the clip -- Michael says he'd be totally down to collaborate with Kobe ... and feels like the two men could come up with some pretty dope ideas.