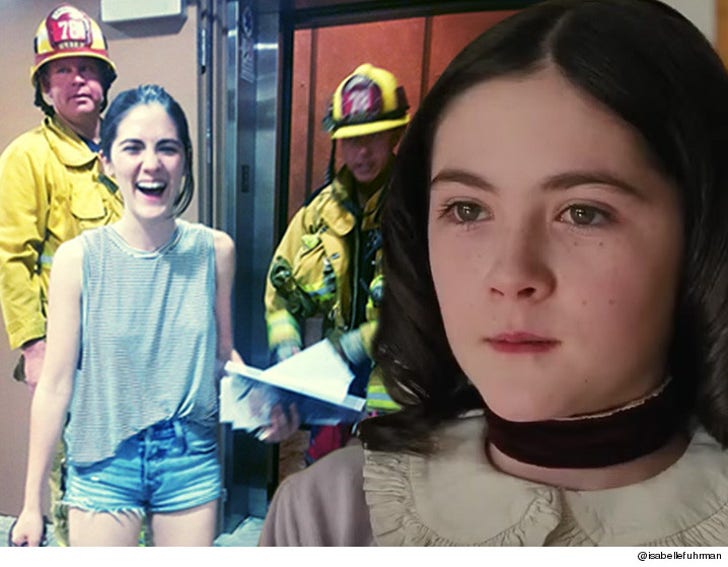 Firefighters ran into kind of a nightmare while rescuing a teenager from an elevator ... since she's the same girl who scared the crap out of people in the horror movie, "Orphan."

Isabelle Fuhrman was trapped Monday evening in an apartment building elevator ... and L.A. City Fire Department rushed to the rescue. When they got the doors open they came face-to-face with the actress who played creepy little Esther ... and her dog, Jennings.

Of course, she wasn't in costume and she's 19 now ... so none of the firefighters had to change their shorts. After the rescue, Isabelle tweeted, "When the fire department has to save you from your elevator ... thank you #LAFD." 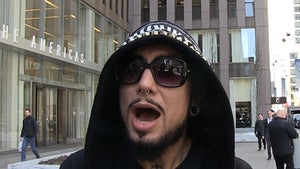 Dave Navarro -- No Need to Get Fired Up ... Just Stuck in a Free Falling Elevator (VIDEO) 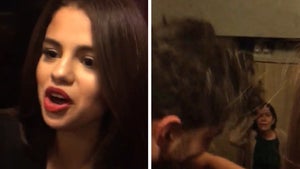 Selena Gomez -- Stuck In An Elevator In Paris (VIDEO)