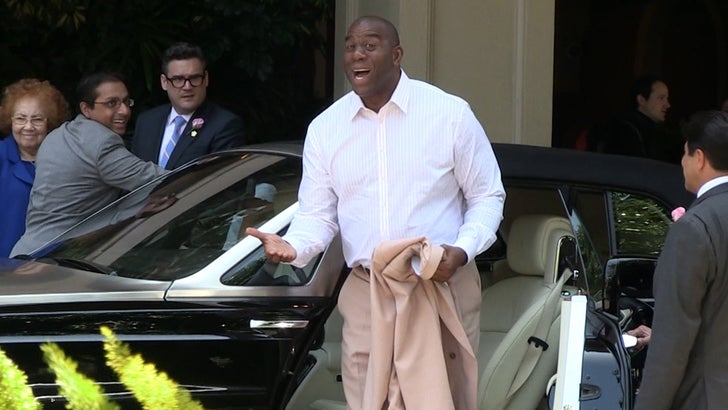 Good news for LeBron James ... he's got Magic Johnson's vote of confidence when it comes to taking over the 'Space Jam' franchise -- with Magic saying he thinks he can be BETTER than MJ.

Johnson was leaving a fancy brunch at the Four Seasons in Beverly Hills (where he took his own mother out in a ridiculousy awesome ride) when we asked him about Bron's new movie gig.

Magic says LBJ's got big shoes to fill, but he's confident James can hang with the original.

Not a bad endorsement ... 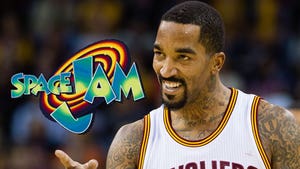