Expect a snowstorm for Michael Strahan's last day on 'Live' -- that's how frigid things are right now with Kelly Ripa, and there's one obvious sign every morning.

Sources connected to production tell us prior to Kelly's protest a few weeks ago, she would sit in her makeup room with the door open and Michael would greet her as he arrived ... but that's all changed.

We're told Kelly's door is shut every morning ... delaying any "good morning" salutations, and Strahan believes she's sending a clear message. Although they're putting on a good face on the air -- we're told the tension between them is palpable.

As for Strahan's last show, airing this Friday, we're told he's asked for it to be low key. One source says Michael would be happy with "a few flashback" segments and he just wants out of what's become an unfriendly environment. 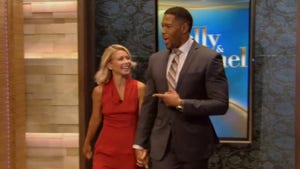 Kelly Ripa -- I Got My Apology and Some Respect (VIDEO) 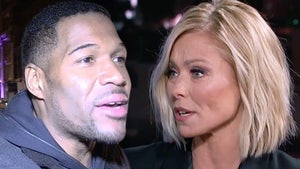