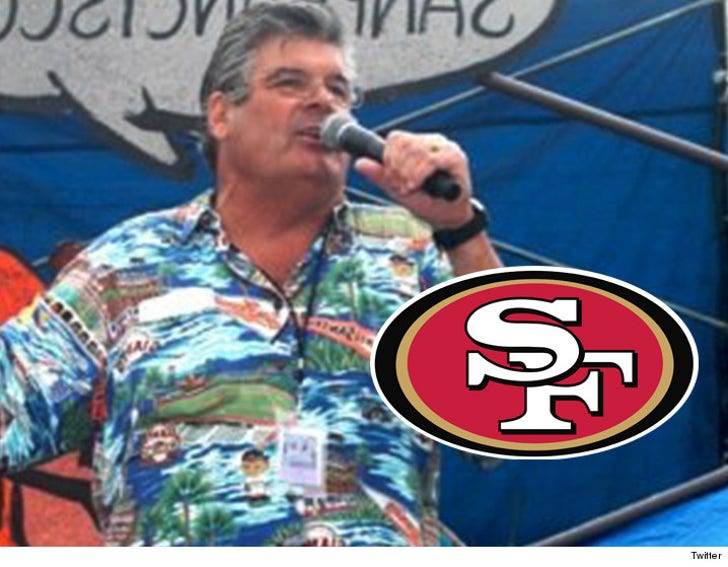 "HELLO AND WELCOME TO LEVI'S STADIUM ... WHERE YOUR SAN FRANCISCO 49ERS .... are being sued by the former stadium announcer guy!"

Yeah, this is happening.

The guy who was the 49ers stadium announcer for 30 YEARS is suing the team -- claiming they fired his ass because he was too old ... TMZ Sports has learned.

The man behind the lawsuit is Bob Sarlatte -- who was hired for the gig back in 1984.

Sarlatte claims he was axed in 2014 -- 2 years after 49ers CEO Jed York began a "campaign to terminate the older senior employees within the 49ers organization."

In his suit, Sarlatte says York had admitted that he wanted to swap out the old fogies with cool young people because "they made a lot of money, they did a lot of cool things before they turned 40 years old, and they don't want to play golf six days a week."

He also claims management openly made disparaging remarks about old people in the office in an attempt to drive them out.

Sarlatte says he was 66 years old at the time he was fired -- and says to make matters worse, he was terminated over the phone. 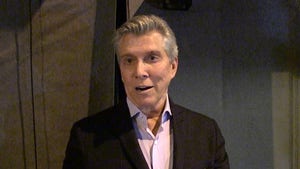 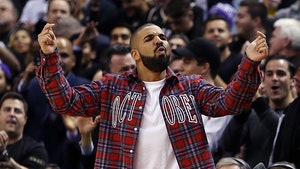