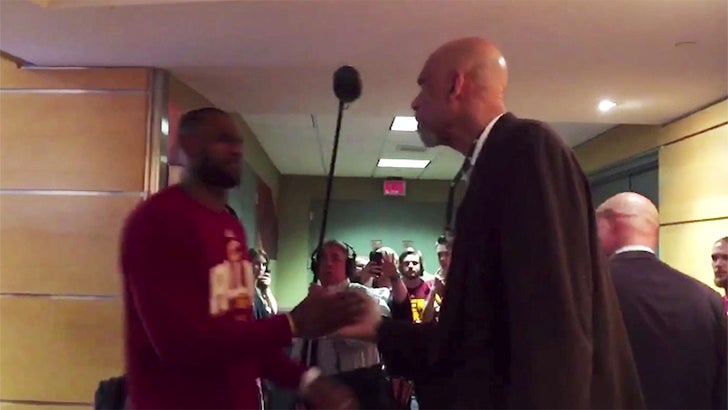 Kareem Abdul-Jabbar personally greeting LeBron James as he jogged through the tunnel after Thursday night's playoff blowout ... and LeBron was all smiles.

KAJ was on hand at Quicken Loans Arena as the Cavs stomped all over the Raptors to take Game 2 over the Eastern Conference Finals. He's clearly a fan of the team.

It's even more interesting considering the Cavs have won 10 straight playoff games -- 1 game shy of passing Kareem's '88-'89 Lakers, which won 11.

Bottom line -- ya gotta watch this clip, it's a pretty special moment between two NBA legends.