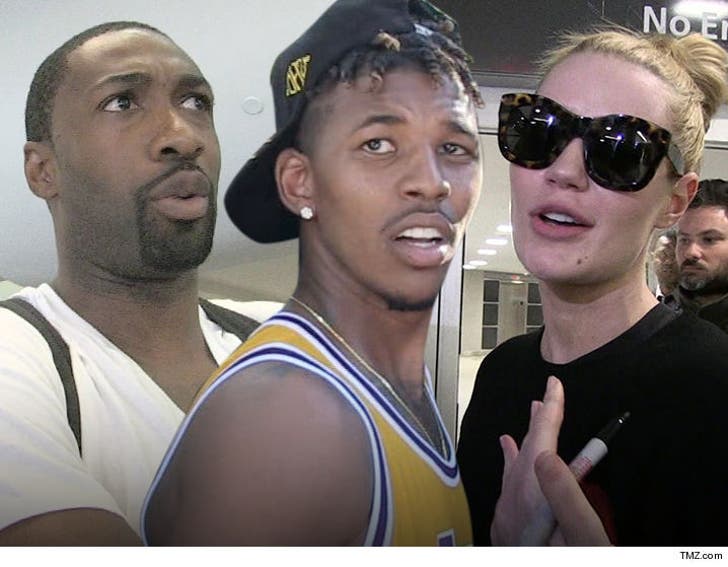 Gilbert Arenas says Iggy Azalea has no one to blame but HERSELF for the Nick Young cheating scandal -- saying she KNEW he was a dog who was going to mess around on her.

Remember, Gilbert and Young used to be friends and NBA teammates -- but that relationship turned sour over the past couple of months.

Now, Arenas is seemingly calling out Iggy for not kicking Young to the curb after he admitted he cheated on her the first time.

"My N***a hit iggy with the #back2back cheating ... she said she was gonna cut that s*** OFF if she caught you cheating AGAIN."

"Blame yo self iggy...you knew damn well you couldnt leave yo dog at the house with no DOG FOOD."

As for Iggy, she's clearly still pissed at Nick -- tweeting out Thursday night, "I feel like my body was just drop kicked out of a plane with no parachute." 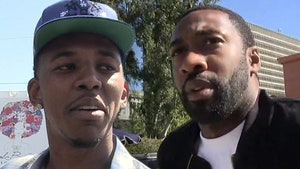 Nick Young -- Calls BS On Arenas ... You're Not Invited To My Bachelor Party 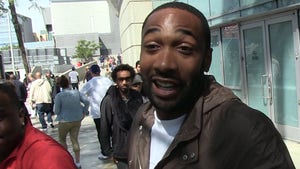