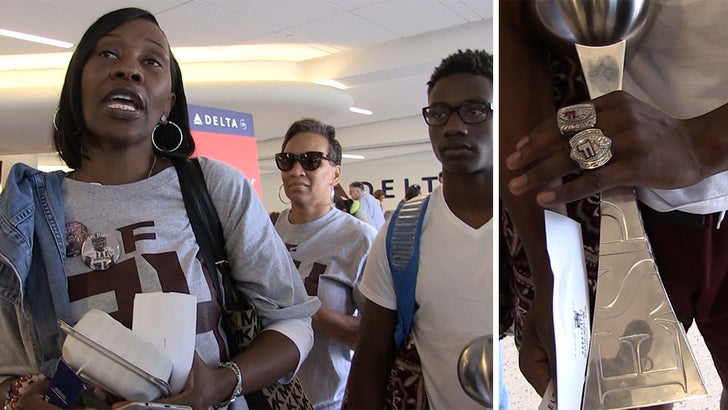 It was one of the most powerful moments at the ESPYs ... when Zaevion Dobson's mother accepted the Arthur Ashe Courage award ... given to her late son, who died while shielding multiple girls from a horrific shooting.

Moments ago, we saw his mother, Zenobia﻿, at LAX -- and she told us where she plans on keeping the trophy ... a spot where her family can continue to honor the heroic 15-year-old.

Zaevion's story made national headlines after he was shot and killed in Tennessee back in December. Three gunman opened fire on the high school football player and his friends while they were innocently hanging out after the last day of the school year.

Zaevion jumped on top of the girls and saved their lives.

His mother has become a leader in the fight against gun violence -- and says she hopes the ESPY will inspire others to take action as well. 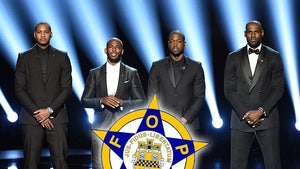 Police Org. to LeBron -- We Heard Your ESPY Speech ... Let's Work Together! 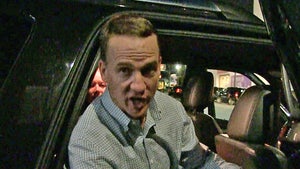