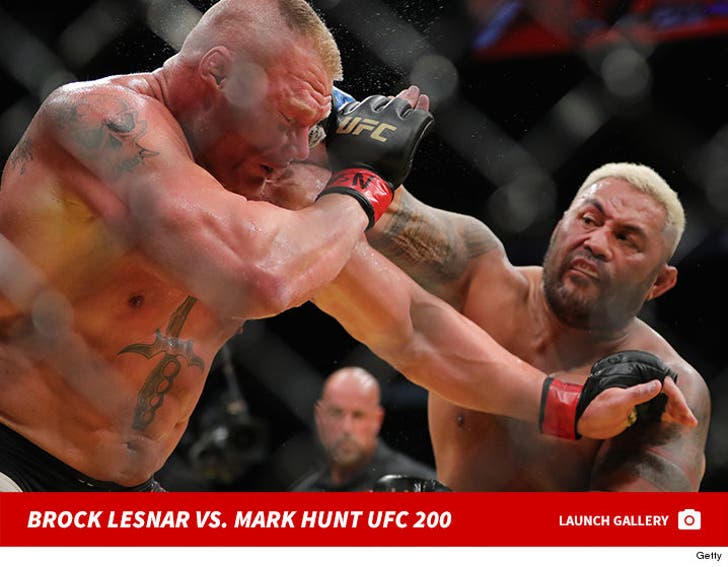 Hunt laid it all out on his website Friday night ... saying, "I've told Dana I want half of Brock's purse."

FYI -- Lesnar reportedly made $2.5 MILLION ... plus a percentage of the massive pay-per-view take.

If he doesn't get Brock's cash, Hunt says he wants out of his UFC deal. "I've told Dana that I want a release from the UFC if they don't sort this out."

The UFC has not yet responded to Hunt's ultimatum.