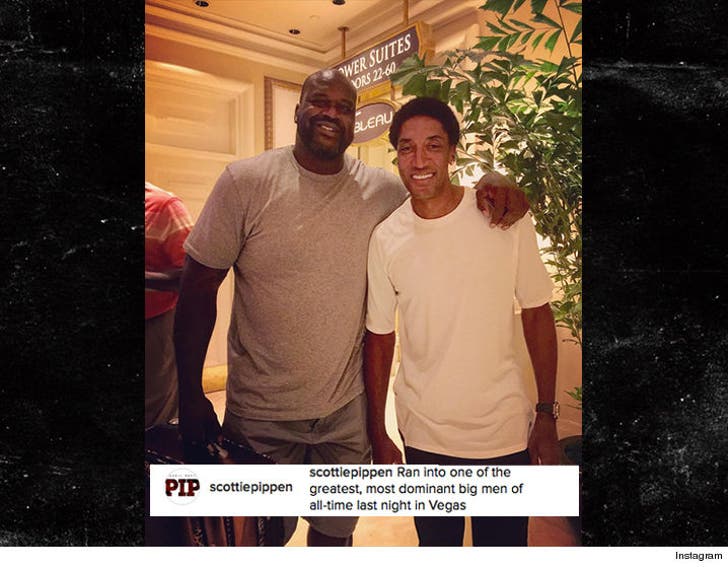 One year -- to the day -- that Shaq and Scottie Pippen were blasting each other in a surprisingly aggressive cyber-fight ... the two have buried the hatchet ... and Pippen posted a pic to prove it.

Remember, the two got into it bad last year -- with Shaq essentially telling Scottie that he rode Michael Jordan's coattails during the Bulls championship run back in the '90s.

Pippen responded by insulting Shaq's shooting ability -- so Shaq called him a "bum," a woman and the "Mase" to MJ's "Puffy."

But time apparently heals all wounds ... 'cause the two ran into each other in Vegas -- and were all smiles.

In fact, Pippen posted the pic with a caption that PRAISED O'Neal -- calling him "one of the greatest, most dominant big men of all-time." 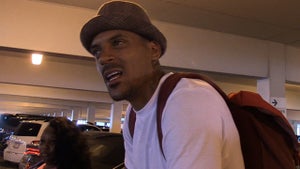 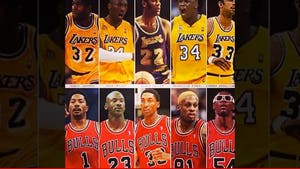