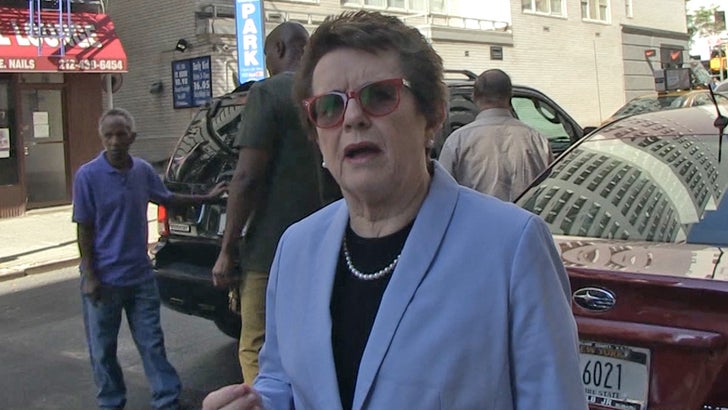 Serena Williams has absolutely NO DAMN SHOT to beat a top men's tennis pro ... that's according to tennis legend Billie Jean King ... who says Williams would go down hard to any of the elite guys.

Billie Jean King is a TITAN in women's sports -- most notably for pummeling Bobby Riggs (who was 55) in a co-ed tennis match dubbed the "Battle Of The Sexes" back in 1973.

We got King out in L.A. recently and wanted to know if the seemingly unbeatable Serena would fair as well against an active men's pro, as King did against Riggs.

King leaves the door open for Serena to do work against guys at the bottom of the male tennis tour, but makes it clear the Federers, Nadals and Djokovics of the world would all smoke her.

Check out the clip -- and move these hypothetical matches to the top of the "things we'd gladly pay to see" list. 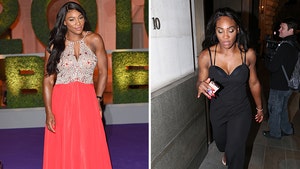 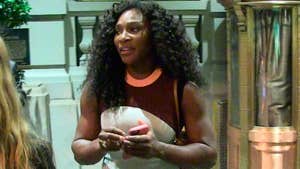