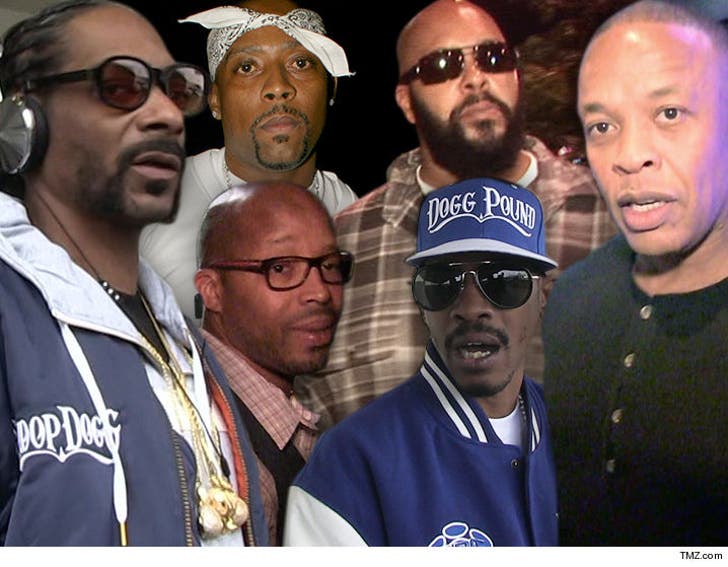 Snoop Dogg, Suge Knight, Dr. Dre, Nate Dogg, Kurupt and Warren G jacked the hook to Snoop's 1993 classic, "Ain't No Fun (If The Homies Can't Have None)" ... according to 2 far less known rappers.

The L.A. rappers -- who've just filed a lawsuit, obtained by TMZ -- say they wrote the original hook for their own track titled, "Ain't No Fun" ... for their 1991 self-produced album and played it in studio for Suge.

They say Snoop, Dre and Kurupt were there and loved it, which led to a deal with Suge -- they'd turn over their version of "Ain't No Fun." In return they'd get a recording contract and Suge would promote their careers. That never happened, according to the docs.

The duo claims Suge even admitted to ripping off their work in a 2013 Rolling Stone interview, saying "Ain't No Fun" had already been recorded by "one of the homies" before he got his hands on it.

The two men are suing for damages and lost profits from Snoop's jam.