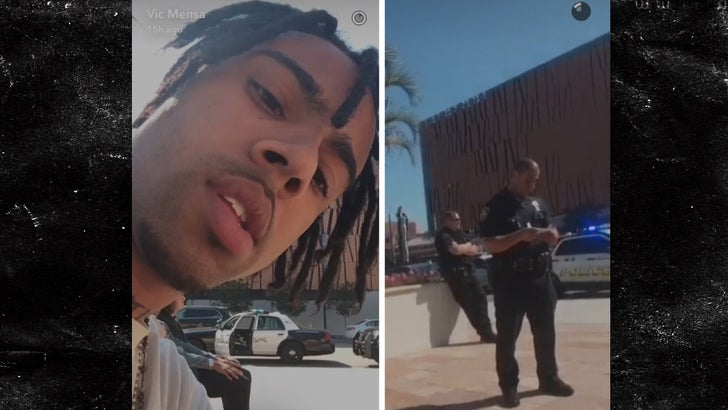 Vic Mensa says Beverly Hills cops targeted him for stealing from a fancy store just because he's black ... but the cops claim they were just doing their job.

Mensa and crew were pulled over Thursday by BHPD as the rapper ended a shopping spree. He says he dropped $4k at Barneys. You can see in the video Vic shot ... he's dumbfounded by the whole thing and thinks it's straight up racism.

BHPD says that's not the case ... a spokesman tells TMZ they got a call from a store owner who accused Vic and his crew of jacking some merch.

Cops initiated the traffic stop, spoke with Vic, searched his vehicle and determined nothing had been stolen. The whole thing took about half an hour.

As pissed as Vic was, he's moving on ... no talk of a lawsuit, and cops insist they did exactly what they're supposed to do. 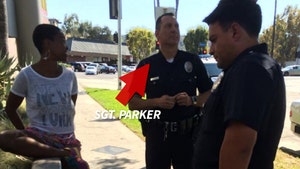 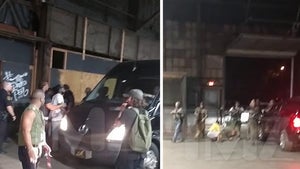