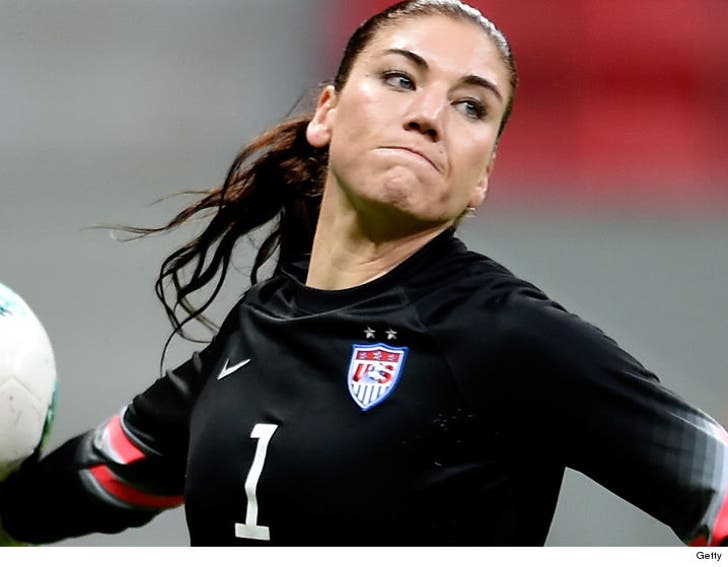 Hope Solo has just been benched by Team USA soccer for SIX MONTHS -- for trashing Team Sweden as a "bunch of cowards" after they beat the U.S. in an Olympic match earlier this month.

U.S. Soccer president Sunil Gulati announced the suspension Wednesday afternoon -- saying the comments were "unacceptable and do not meet the standards of conduct we require from our National Team players."

But what's really interesting ... Gulati says Solo got such a harsh suspension because of her history of embarrassing off-the-field issues ... like the time Hope and her husband went joyriding in a Team USA soccer van without permission, while her husband was drunk. She was suspended 30 days for that incident.

"Taking into consideration the past incidents involving Hope, as well as the private conversations we've had requiring her to conduct herself in a manner befitting a U.S. National Team member, U.S. Soccer determined this is the appropriate disciplinary action," Gulati said.

Translation -- the team is sick of Hope's crap.

After the suspension was announced, Solo released the following statement on Instagram. 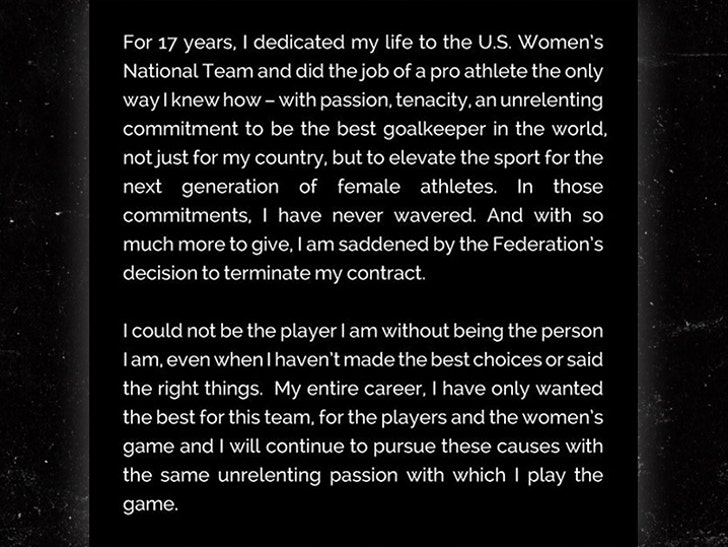 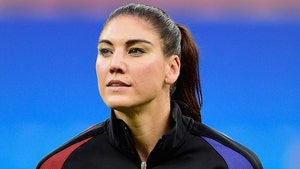 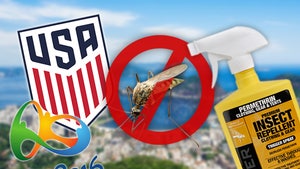