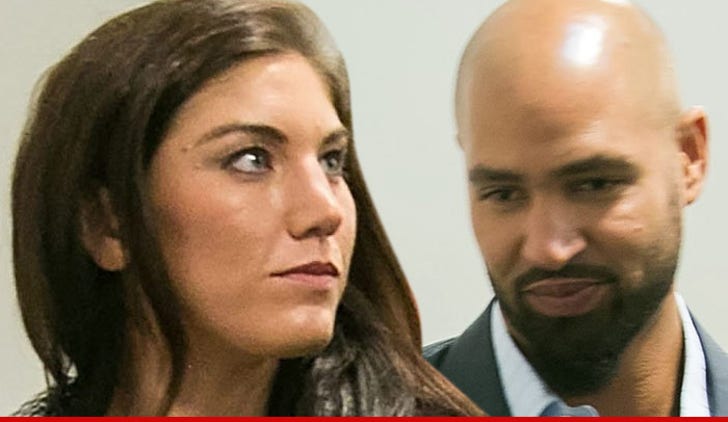 12:20 PM PT -- Multiple law enforcement sources tell us Stevens' blood alcohol level was around 4 TIMES the legal limit ... which would put it somewhere in the neighborhood of .32.

Hope Solo's husband Jerramy Stevens was driving a U.S. Soccer team van at the time of his DUI arrest Monday morning ... and we're told it was the main reason Hope was suspended from the team.

TMZ Sports broke the story ... Stevens -- a former NFL tight end -- was pulled over in front of a Manhattan Beach hotel around 1:49 AM while Hope was in the vehicle ... and both appeared to be hammered.

As we first reported, Hope was belligerent with the arresting officers -- and now we've learned cops went out of their way to try to keep Hope out of cuffs ... despite the fact she was being a "major pain."

We're told cops asked hotel staffers to take Hope inside the hotel and keep her away from the situation while they arrested her husband in order to keep her from doing something stupid.

The U.S. National Soccer Team later suspended Hope for 30 days -- and we're told soccer officials were especially upset that Hope allowed her husband to drive the team van ... potentially leaving the team liable had there been an accident.

We reached out to team officials for comment -- so far, no word back. 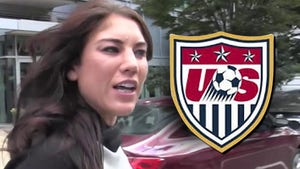 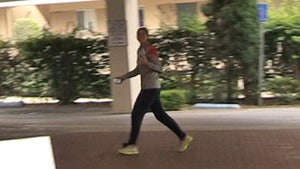 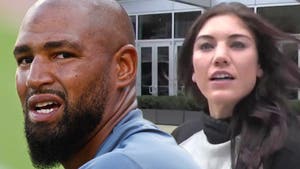