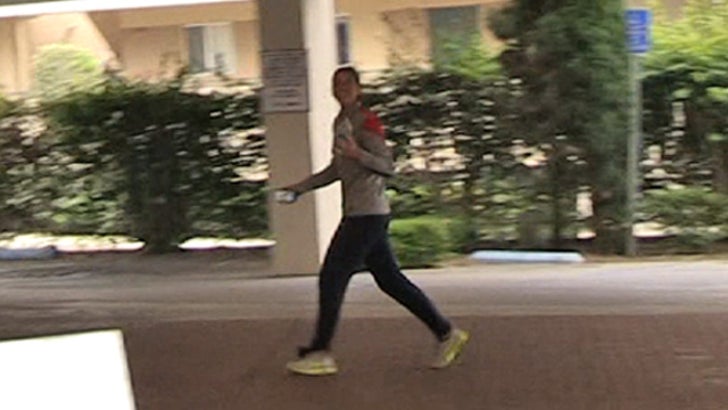 Here's video of Hope Solo moments ago at her L.A. hotel ... just a short distance from where her husband was busted for DUI yesterday.

We broke the story ... Hope's husband Jerramy Stevens was arrested early Monday morning -- and during the stop, our sources say Hope and Jerramy were a total pain in the ass.

This morning, Solo was out and about in L.A. -- and as she returned back to her hotel (sans Stevens) she told us she had a "great weightlifting session" ... but wouldn't talk about the arrest.

As for Stevens, we're told he's been released from custody.