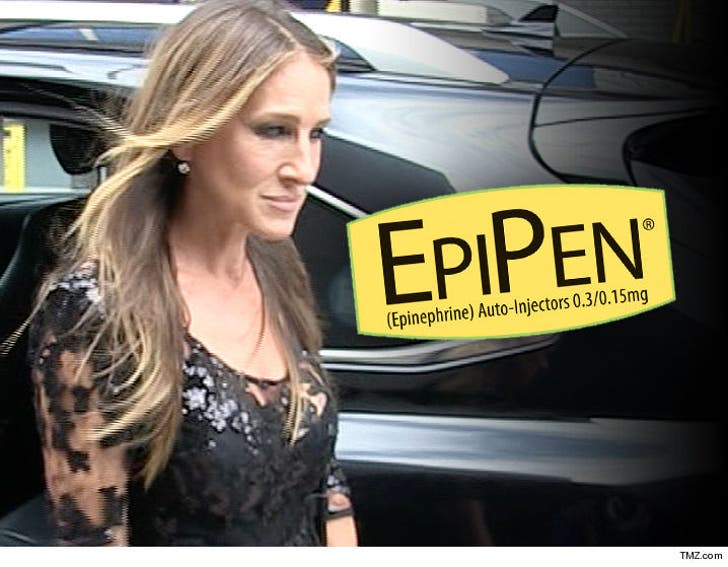 Sarah Jessica Parker's so outraged about the price hike of the EpiPen, she pulled the plug on her relationship with the company ... and painted them into a corner.

Sarah ripped the pharmaceutical company Mylan for increasing the medicine's price by 500% since 2009. Her son has a peanut allergy, and she not only depends on EpiPen, but also was a paid spokesperson. Thursday morning she posted a scathing announcement that she was done working with Mylan.

Mylan felt the heat from Sarah and others -- including Hillary Clinton -- and hours after Sarah's post ... announced it would offer coupons, and take other steps, to help make the meds affordable. For the record, it's blaming health care system flaws for the price increase. 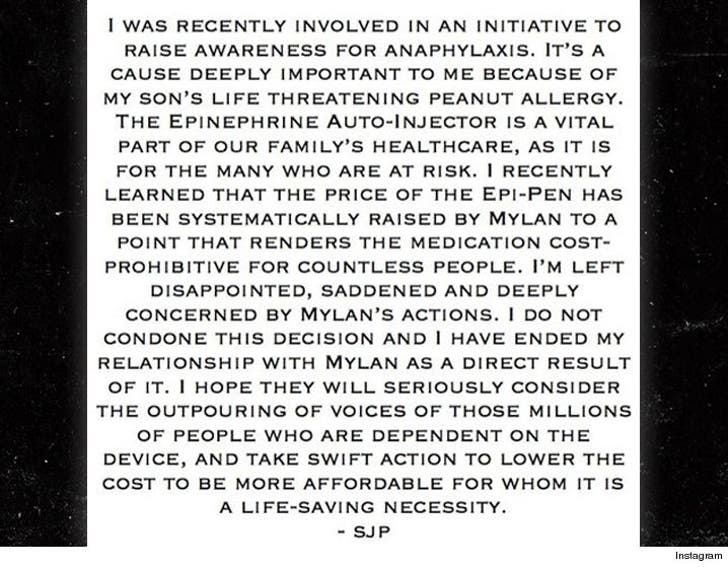