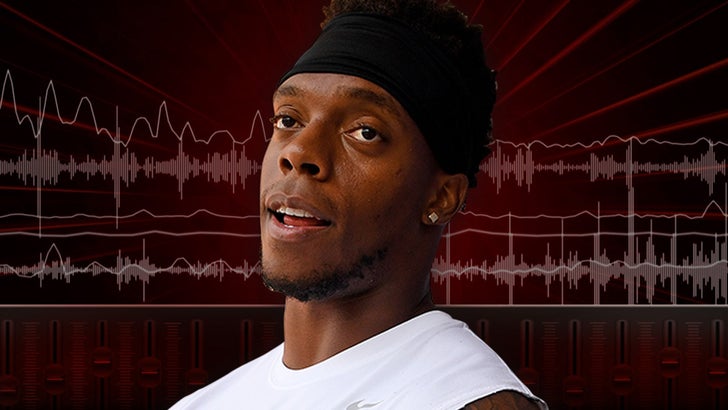 "I thought about it and I felt like this was the right thing to do," the linebacker told "The Jason Smith" show on FOX Sports Radio. 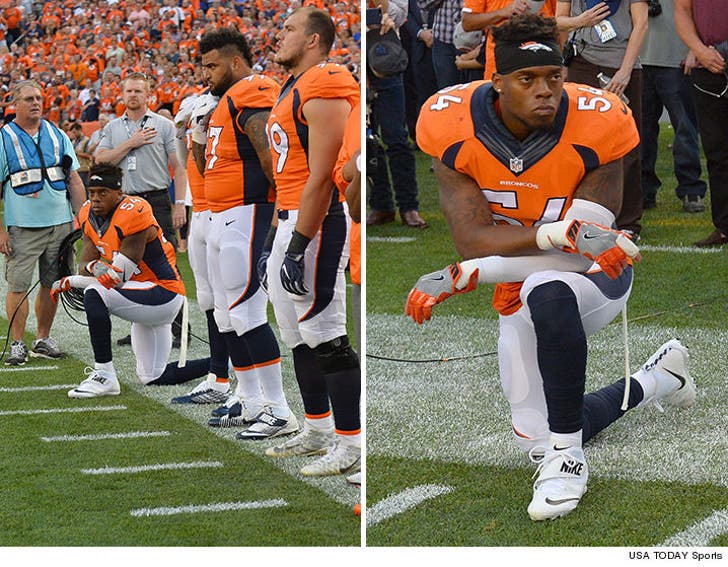 (FYI, Kaep and Marshall played together at the University of Nevada.)

"And I won’t just take knees, and that’s why I decided to donate an undisclosed amount to different programs that support the vets, ‘cause, you know, it’s tough for them in this country."

"We send them off to war and they come back and it’s like they don’t get a lot of help. It’s tough for my uncle that’s a vet and family members. So I think this will spark some conversation and help to spark some more change."

There's more ... Marshall says he only told ONE teammate about his plans to protest before the Broncos vs. Panthers game ... tight end Virgil Green.

"I told him, ‘Look man, I’m gonna be ready because I thought long and hard about it. And the people that love me are going to support me and I definitely appreciate that.'" 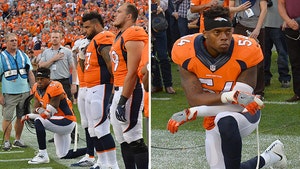 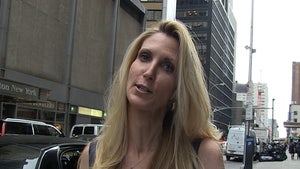 Ann Coulter -- Kaepernick's Another John Rocker ... Should Be Suspended Too (VIDEO)