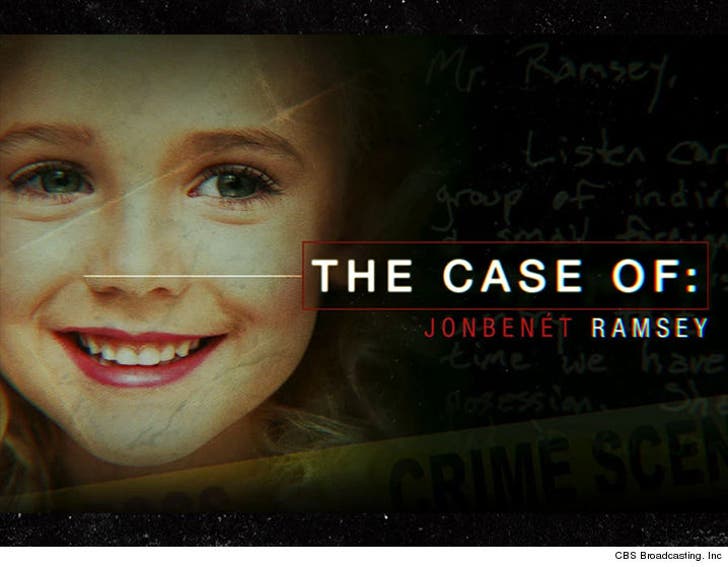 CBS is about to be sued by JonBenet Ramsey's older brother, two days after the network aired a documentary in which experts concluded the brother killed her.

Burke Ramsey's lawyer, L. Lin Wood, tells TMZ, "You damn betcha I'm gonna sue CBS, the phony experts and everyone else that put this thing together."

The documentary concludes Burke, then 9, killed his little sister by hitting her on the head with a heavy flashlight, while John and Patsy Ramsey covered up the kill to protect him.

The theory flies in the face of autopsy findings, which concluded JonBenet died from "asphyxia strangulation" associated with head trauma. There were scores of theories ... the most prominent being someone struck the 6-year-old with a flashlight and one of the parents used a garrote to finish her off. The theory -- the parents allegedly killed JonBenet to then make it seem that an intruder murdered her.

The theory was never pursued by prosecutors.

CBS tells TMZ, the network "stands by the broadcast and will do so in court."

If it goes to court this could become a de facto murder trial.